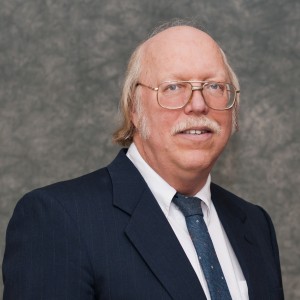 Jerry Heupel has been representing financial institutions and their holding companies for more than 30 years. His practice specializes in mergers and acquisitions, executive compensation, tax issues and benefit matters. He has also represented issuers in mutual to stock conversions, public offerings and private placements.

Jerry has handled the tax and benefits matters in numerous mergers, including the severance calculations and tax planning to avoid the golden parachute excise taxes. Jerry has over 25 years of experience with Section 280G of the Internal Revenue Code, and he has successfully represented clients in Section 280G audits by the Internal Revenue Service.

Jerry is actively involved in all executive compensation matters, including the preparation of employment and change in control agreements, stock incentive plans, and non-qualified plans such as supplemental executive retirement plans, deferred compensation plans and split dollar arrangements. He works with compensation committees and senior management in the design and planning of all types of compensation arrangements. Jerry also handles tax-qualified plans, particularly employee stock ownership plans, and the required filings for such plans with the Internal Revenue Service.

Jerry has represented companies in proxy contests for nearly 30 years, with a winning record against shareholder activists. His experience in this area started when he was a Senior Branch Attorney – Adviser in the Division of Corporation Finance at the Securities and Exchange Commission before joining the firm’s predecessor in 1983.